I was pleasantly surprised to find out that the version of Windows Server 2008 backup included in SBS 2008 is significantly improved.

There were a lot of ramblings on the Net about the missing option to recover Exchange 2007 running on Windows Server 2008. 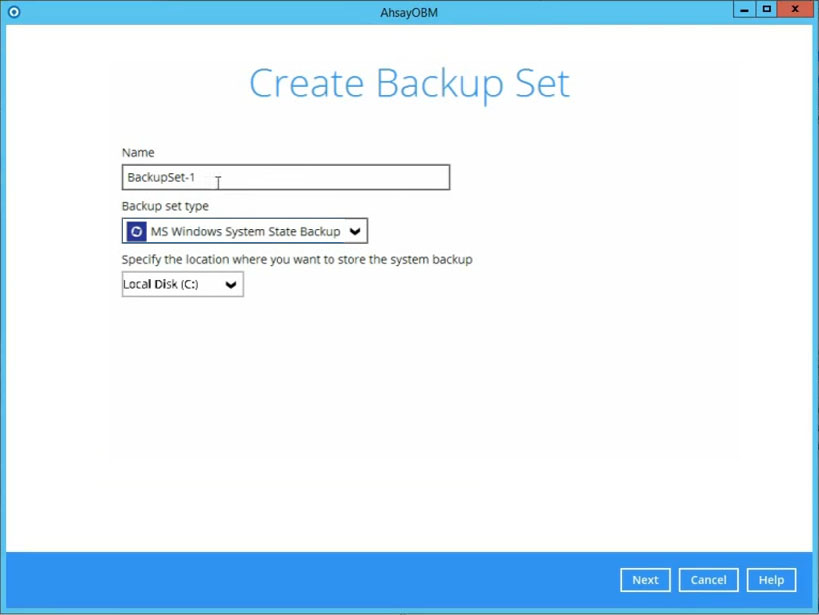 Not anymore. Besides the options to recover separate files and volumes, now you can backup and restore applications like Exchange and Sharepoint services. Here is a snapshot:

Watch the high quality, audio enabled screencasts about backup and recovery of Exchange 2007 server in Windows Server 2008 / SBS 2008 at NetoMeter 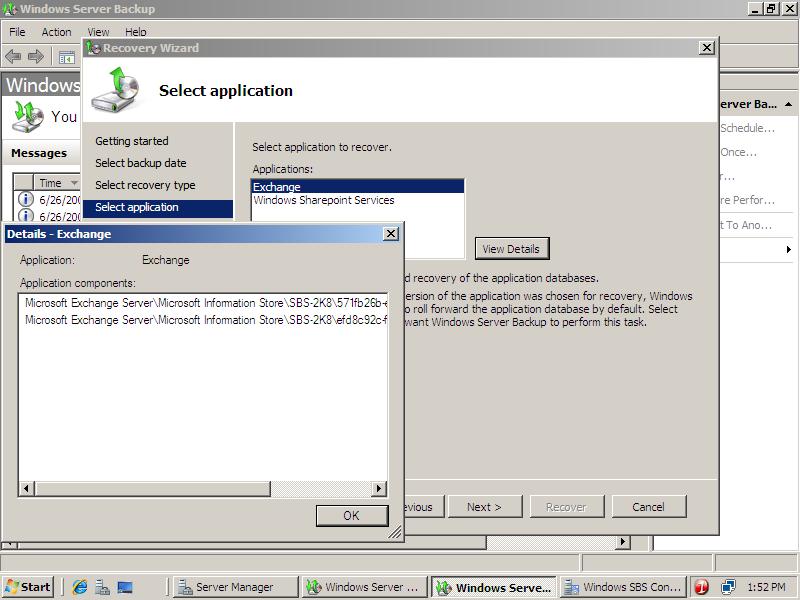 When I run a system state backup using the wbadmin start systemstatebackup backupTarget:E: -quiet
I get an error that says this, 'Enumeration of files failed'. Then the log file displays this message, ' Error in backup of C:documents and settingsall users during read: Error [0x80070005] Access is denied.'
I also get an event in the event log for VSS, ID 8193, source VSS, Error 0x80070539.

I found an article that says I should remove a registry entry that has a .bak at the end. I did this (looks like it was a reference to something in quickbooks). I need to wait for the server reboot tonight before I'll know if this worked. Here is the article.