What’s a spot? Each spot you buy secures you a pick in the draft, and gets you the right to receive all cards for your drafted team out of the box. The draft order is based on a random order using random.org, and the teams you get out of the box are based on the preferences you set up in your member profile. Get in the action by purchasing spots below and then follow the instructions to draft your favorite teams!

All spots are sold out right now, check back soon.

Your account has been created, please login to continue

Perfect for college students, young professionals & anyone 18 to 29 looking for an adventure. We have payment plans, stress-free booking and a team of experts to help. Formerly known as EF College Break. Ultimate Breaks and Beats. The Real Ultimate Breaks and Beats (Street Beat Records) founded by Lenny Roberts (NEVER FORGOTTEN) and Louis (Breakbeat Lou) Flores. 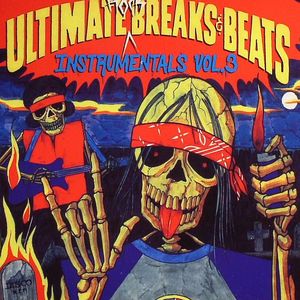 The Ultimate Breaks & Beats series is a 25-volume collection of songs that serve as the backbone to the world of sampled music. Consisting of music released during the 1960s, 70s, and 80s, this series has been done and redone; released and re-released. Available in 7' format, 12' EP, CD, and even mp3, the UBB series has also served as the muse for compilations that followed including the Strictly Breaks series. Those most notorious for sampling these originals include a who's who of Rap's best such as DJ Premier, Large Professor, The Bomb Squad, Pete Rock, Dr. Dre, and Marley Marl.
Up until now, these songs were never available as instrumental-only and producers have been forced to work around the grunts, screams, and crooning of these classics to isolate that perfect drum beat, breakdown, or sample. Until now. We are proud to present to you Ultimate Breaks & Beats Instrumentals. That's right, for the first time ever, in the history of the ground-breaking series, we offer to you thirteen of the most popular cuts from the UBB series as start to finish instrumentals. From the most seasoned producer to the 15-year-old with a bedroom studio and sequencing software, everyone is going to benefit from having these original gems available without the burden of vocals. It's a new day for fans of the break beat, and what a better day it is. Producers, start your MPC's as we give to you Instrumentals - the breaks, the whole breaks, and nothing but the breaks.
Reviews :
Holy chit! For the first time in the history of the fabled series, UBB brings us a set of front-to-back, honest to goodness instrumentals. No edits or computer trickery here - these are tight new vocal-less versions of 13 of the most classic breaks in the UBB catalogue, laid down in Brooklyn, NY, by a gang of trained studio assassins (including Leon Michels of El Michels Affair). The group puts their own subtle touches on major tracks like 'I Believe In Miracles' and 'Last Night Changed It All' but they know who their audience is, and therefore leave all the essential bits of every hit unchanged. Also check their versions of 'Funky President,' 'It's Just Begun,' 'Funky Worm' and 'The Mexican.' And of course, it wouldn't be UBB without the classic artwork! 13 tracks; 50 minutes. Recommended. (a href='http://www.turntablelab.com/digital/406/1722/54349.html' target='_blank'>turntablelab.com)br />

A baker's dozen painstakingly recreated instrumental versions of sample classics from the legendary Ultimate Breaks & Beats series -- full on instrumentals of these bedrock funk & soul tracks -- faithfully laid down by a capable crew of east coast funk players including El Michels and others from the Truth & Soul collective! The tunes are together as instrumentals for the first time ever -- great tracks that are not only funky gems in their own realm, but also the blueprint for some of the best hip hop beatcraft ever. Always funky drums, percussion and bass at the center -- with horn blasts, vamping guitar, organ & keys, occasional strings and more soaring elements. All the funky bases are covered on a very well chosen track list -- instro versions of JB's 'Funky President', Rufus Thomas's 'Do The Funky Penguin', Bobby Byrd's 'I Know You Got Soul', Babe Ruth's 'The Mexican', 'It's A New Day' by Skull Snaps, 'Synthetic Substitution' by Melvin Bliss, 'Cramp Your Style' by All The People, 'Think (About It)' by Lyn Collins and more.