The Trash Pack and Mutant Mania might be gone from store shelves, but Moose Toys has new line of little weirdos out to help fill the void. This time the theme is pet animals, but once again Moose has added 'a gross out' element, so we've got puke, sludge, poop and all that kind of stuff. Meet the crazy critters of The Ugglys Pet Shop!
When I first saw photos of these, I didn't plan on buying any. They didn't seem to bring anything new that The Trash Pack didn't already offer over many series. But when I actually saw them up close in Toys R Us, I had to pick up a pack. It didn't hurt that I found a package with both a monstrous-looking crab and a weirdo frog, both of which I found hard to resist.
Let's run through some Ugglys Pet Shop basics:
Now let's see a few of the Ugglys up close.

Here are two of the many doggies in the line. We've got Stenchy French Bulldog on the left and Dopey Doberman on the right. Oh, and a turd right there in the middle. I was hoping to find a golden turd, but instead got a plain ol' brown one. What can you do.
While dogs make up the bulk of the figures in Ugglys Pet Shop, my favorites are actually the other animals. Like these two, the aforementioned Funky Frog and Clawful Crab. I love how the frog looks like a sickly version of Kermit, and that gnarly crab sculpt is just awesome.

I also pulled this little guy, the Horrid Hamster. It was one of the hidden figures in my pack. I actually had no idea he was supposed to be a hamster until I looked him up on the pamphlet. He's definitely one of my favorites, though. I dig how loopy and dazed he looks.

And there you go--my first trip to The Ugglys Pet Shop. I'm not yet sure whether I'll be collecting more figures from the line, but I'm definitely glad I bought a pack. Some of the sculpts are really fun, and the material that Moose used really adds to the appeal.
What about you? Have you picked up any Ugglys Pet Shop toys yet? What do you think?

This time we opened The Ugglys Pet Shop Series 1 and Kinder Joy Surprise Egg.
Pictures: http://a-blueorange.tumblr.com/post/119452845073/a-blueorange-the-ugglys-pet-shop-series-1
It is our first video about The Ugglys and we are really like them. Pets looks cool, very colourful figures with nice details. I am sure we are going to open much more in the future, hopefully collect them all. We had one Ugglys Pet Shop Gross Home with one figure and two cans with two figures each, so all together we got 5 Ugglys Pets. Here what we had: 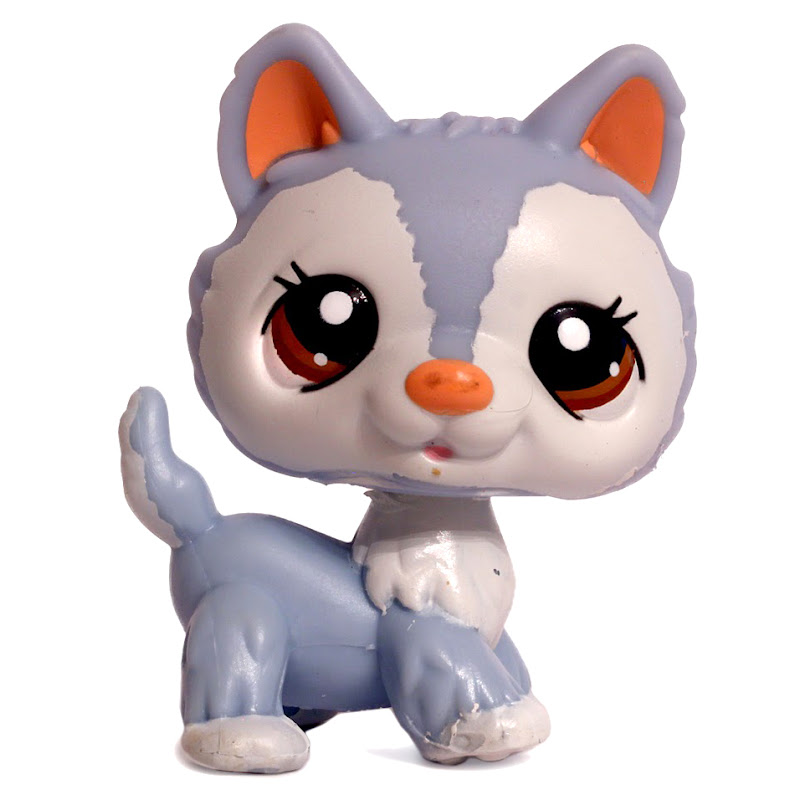 Smelly Shihtzu – ultra rare, team: smelliest. No matter how much grooming Smelly Shihtzu has had done, underneath he’s still a smelly mutt! He’s entered himself in dozens of dog shows but the only ribbon he’s won is “Most Ugly”! Not to mention a runner-up ribbon for “Smelliest Bottom”! 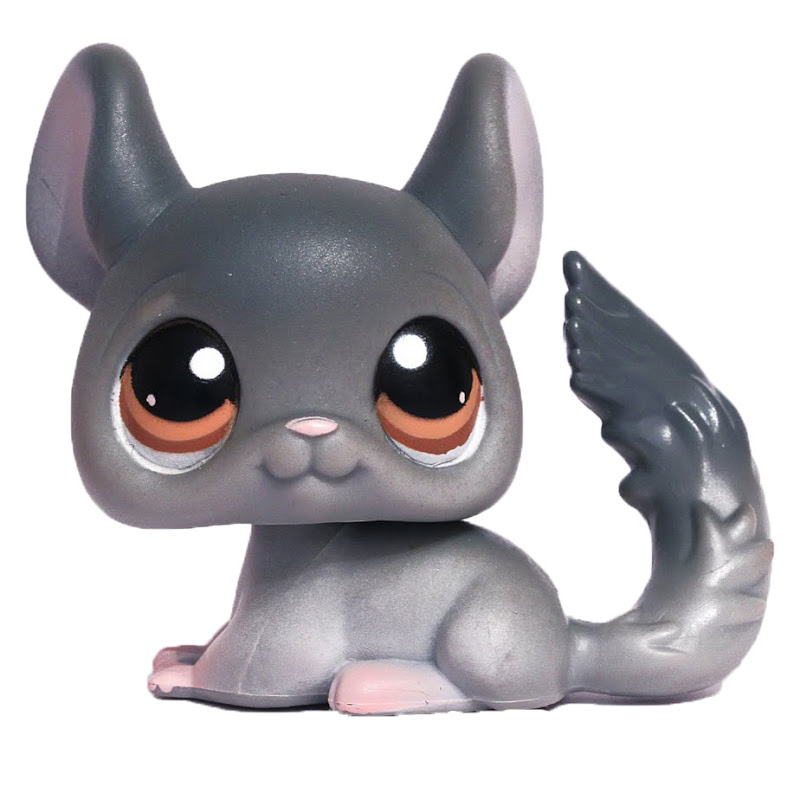 Shocker Spaniel – common, team: Smelliest. Loves eating so much, he likes to eat every meal twice! Once he finishes dinner, he barfs it up again. Hmmmm. Anyone for seconds? One day he hopes to open his own “All you can Barf” restaurant!

Rep – Vile – rare, team: grossest. I could not find any description about this pet. 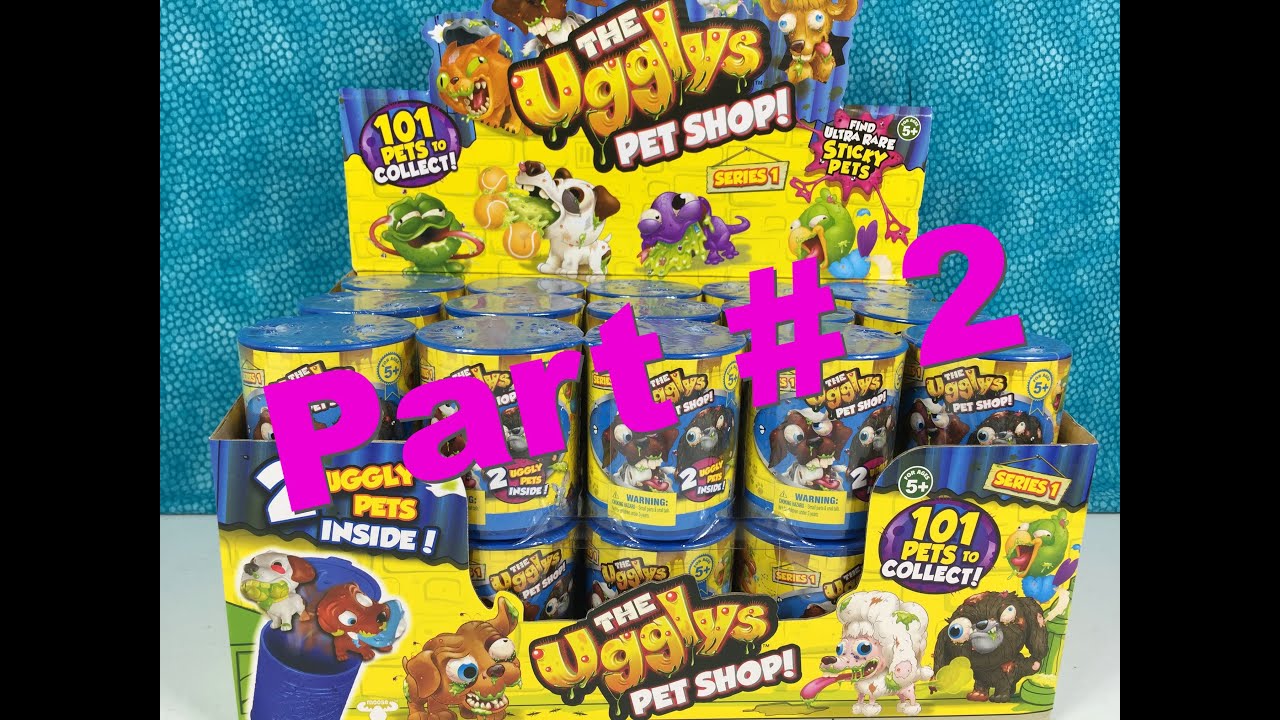 In the Kinder Joy egg surprise we had a cool small water pistol. It was our first opening of kinder joy. I have a feeling that they have a slightly better surprises inside.