After getting the Lens of Truth from under the well, you can reach the Shadow Temple.

It is recommended (but not required) to learn Sun's Song before you enter thistemple. If you have not learned it yet, go to the grave in the back of Kakariko Graveyardand stand on the Triforce symbol and play Zelda's Lullaby. Drop into thehole that appears, and make your way through the underground area to find thesign on the wall in the back. You will learn Sun's Song when you read the sign.

Use the Longshot to go across the gap. When you walk toward thewall, it will say something about the lens of truth. You don't need touse it to go past, but you will need it all throughout this temple.Walk through the wall to reach the next area.

After you point the statue in the right direction, a gate opens thatyou can't reach yet, so ignore it for now.

Kill the Keese and ReDead to make a chest appear. Open it to get the map.

Get the Hover Boots

You have to battle another Dead Hand here. Let one of the hands catch you, then wiggle the control stick and tap the buttons until you escape from the hand, then hit Dead Hand in the face repeatedly. When it turns around, keep your distance to avoid the shockwavethat it creates when it goes underground. Repeat the process until it dies. Open the chest that appears. You will get the Hover Boots.This item lets you walk over a gap and float there for a few moments,but the effect wears off quickly, so be careful to only use it to run across short gaps. It also lets you walk across quicksand withoutsinking.

Go back to the room with the bird statue. Go to the edge and face the tongue where the gate opened earlier, then put on the Hover Boots andgo across to the tongue. You will fall before you get there, but if youran directly toward it, you will grab the ledge and can climb up.Take off the Hover Boots and go through the gate. Keep going straight, andyou will reach a room with a Beamos in the middle. There is a fake wall to the left. Go through it, and go through the door beyond it.

There is a spinning blade in the center of the room. Don't go toward theportrait at the end of a hallway in this room,or you will fall into the invisible hole in the floor there.Collect all of the silver rupees to open a gate. The gate has a portraitabove it. Go through where the gate was, then open the chest to get a small key.

After you get the key, exit the spinning blade room the way you came in,and return to the Beamos room.Go around the Beamos and go through the wall straight ahead. Play Sun's Song to freeze the Gibdos. Kill them to make a chest appear.Open it to get the Compass. Then leave this room the way that you came in.

Go back to the room with the Beamos. Throw a bomb at it to kill it. You can play the Song of Storms after you kill it, and a fairy will appear wherethe Beamos was. Thenput a bomb against the wall to the right of where the Beamos was.Then go through the locked door that is revealed.

There are Skulltulas hiding in the ceiling up ahead, so go slowly.In the N64 version,you can kill them before they come down if you use the Longshot where you can see their legs sticking out of the ceiling.

As you go farther down the hallway, Navi warns you that there is awallmaster here. Go into the large room ahead and run around to preventthe Wallmaster from landing on you, then kill it.

Jump from platform to platform, avoiding the guillotine blades. A Bubble willattack when you approach the third blade, so be careful. After you jump to theplatform beyond the third blade, a Stalfos falls from the ceiling. Kill it.You can play the Song of Storms on this platform to make a fairy appear.

Then look to the left of this platform and use the Lens of Truth to see a coupleof invisible platforms that you can jump across to reach the door. Go through.

Go around the corner, but don't go into the large room. Use the Lens of Truthto see an invisible spinning blade in the center of the room. Kill the Keeseand the Like Like in the room to open the gate in the far wall. Go through and kill the Gold Skulltula, then open the chest to get a blue rupee,then use the Lens of Truth to see an invisible chest. It contains a bundleof arrows. If you want to get the floating hearts in the corner of the largepart of the room, play the Song of Time near them to create a block that youcan climb to reach the hearts.

Get a Second Gold Skulltula

Go back the way that you came and jump over the invisible platforms toreturn to the platform where you fought a Stalfos before. You will have tofight another one.

Don't go toward the guillotine blades yet. First, go to the left, where thereis a Beamos and a couple of Razor Traps. Throw a bomb at the Beamos, then collect all of the silver rupees (one of which was under the Beamos).Go through the gate that opens, and go through the passageway to the nextarea.

The cell on the left contains a Gold Skulltula. There is a chest in the othercell that contains arrows.

Get a Second Key

Go to the far end of the room. Pull the block toward you until you can'tpull it any farther, then climb up onto the block.From there, go to the ledge on the right and step on the switch to make a treasure chest fall from the ceiling. The chest contains a small key.The final chest in this room contains a blue rupee.

Get a Third Gold Skulltula

Leave this room and go back to the large room. Go to the nearby guillotineblade, then use the Lens of Truth to see the invisible platforms beyond theblade. Jump past the blade and get on the invisible moving platform, thenjump from there to the door. Go through.

First, play Sun's Song to freeze the ReDeads. Turn on the Lens of Truth to seethe invisible spikes in the floor (you can wear the Hover Boots to walk safelyover the spikes), then kill the ReDeads. When the ReDeads are gone, a chestappears. It contains a blue rupee.

After collecting all of the rupees, go through the door that opens. 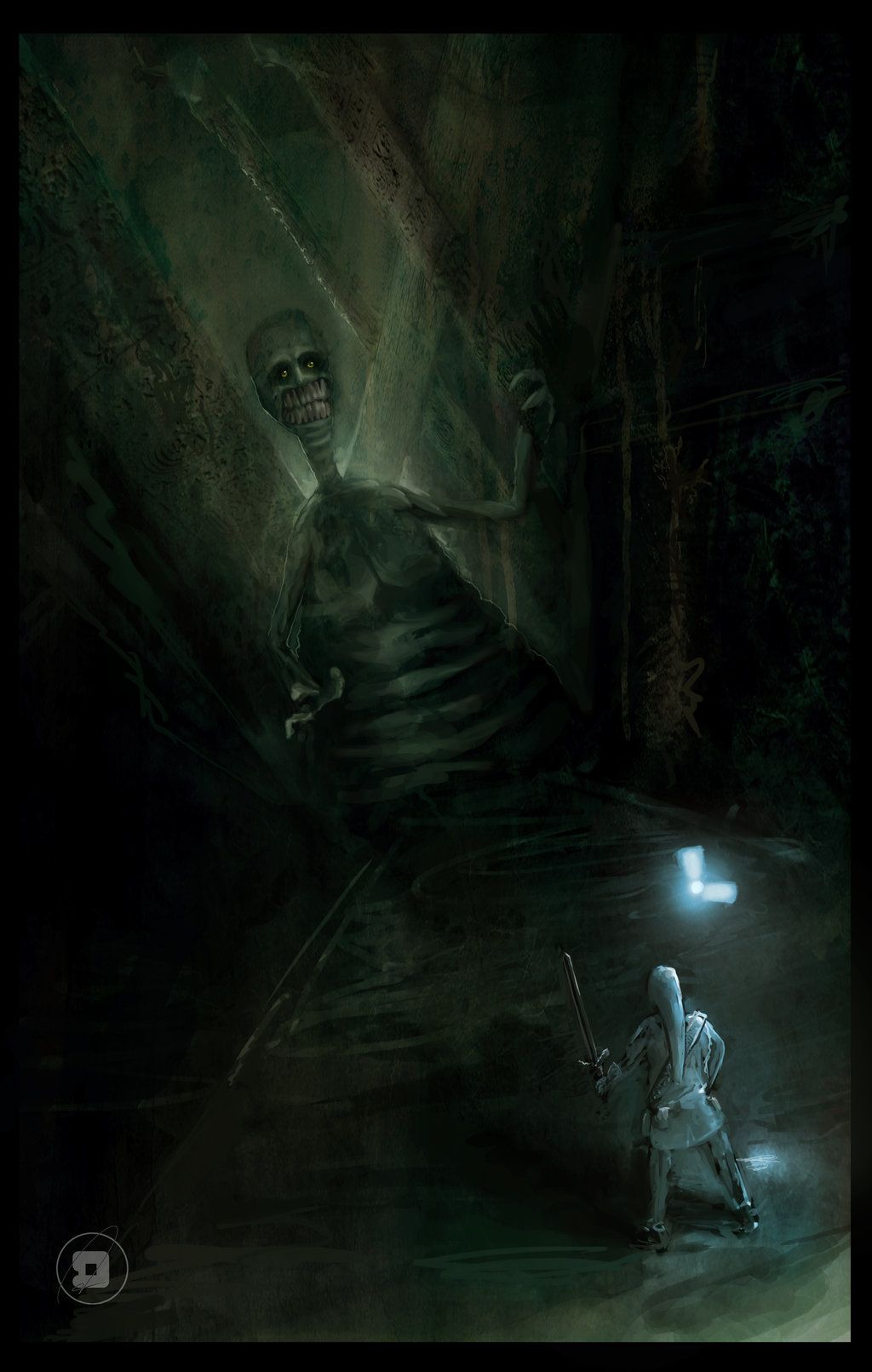 There are four Keese in this room. Go behind the giant skull and kill the Gold Skulltula there. 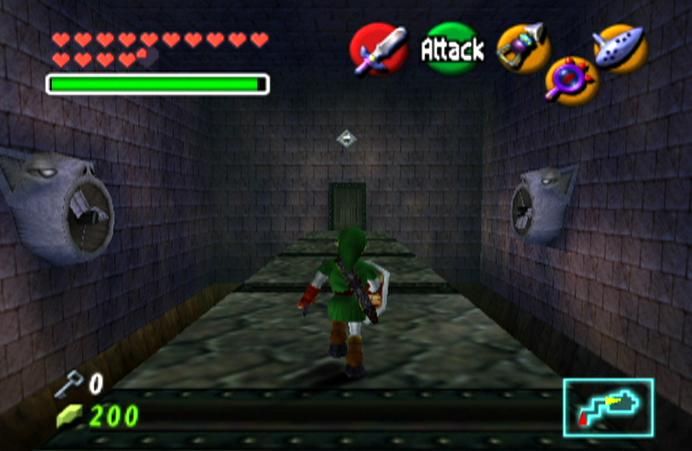 Where Is The Shadow Temple In Ocarina Of Time

Get a Third Key

Go up the stairs and throw a bomb flower into the skull. After it explodes, takethe small key that comes out.

Kill the four Keese in the room if you haven't already. The door will open.Go through.

Get a Third Key

In the area with the fans on the sides, be careful of the flames that come outof the eyeball above the ceiling. Don't bother shooting the eyeball, because ithas no effect. You can raise your shield to block the flames.

There is a fake wall across from the fan at the end of the room. While stillwearing the Iron Boots, walk into the path of that fan, wait for the fan tostop, then put on the Hover Boots. When the fan starts blowing again, run towardthe fake wall. Go through the door that you find there.

Play Sun's Song to freeze the Gibdos, but be careful of the flying jarsnear the Gibdos. Kill the Gibdos to make a chest appear. It contains5 rupees. Then bomb the pile of skulls in the corner near the door where youentered the room. There is an invisible chest there that contains a small key. Use it to go through the locked door.

Get a Fourth Gold Skulltula

There is a ghostly ship in this room. Go to the left and pull the blockto the path in the center. You can climb the chains on the wall and break thejar to get a fairy, but don't climb up the next set of chains, because it goes up toa room that you have been to before, and the block that you pulledmight go back to where it started, preventing you from returning directly to theroom with the ship.

Get the Boss Key

Go back down to the block, climb it, and climb the ladder.Jump onto the ship, then stand on the Triforce and play Zelda's Lullaby.The ship will start moving. 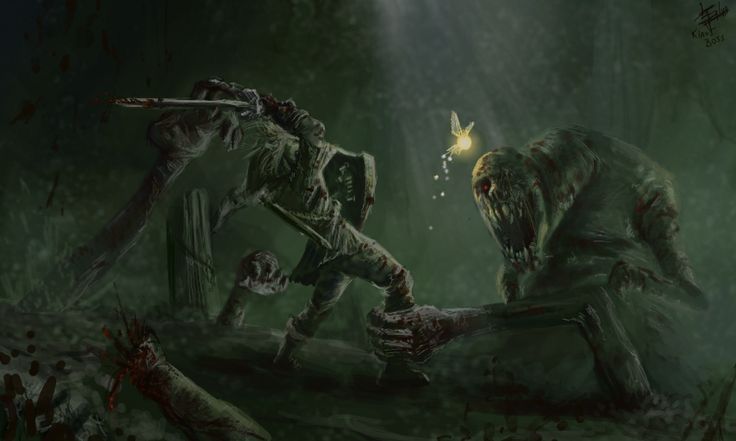 Stalfos will attack when the ship starts moving. Battle them, but when theship reaches the end, jump off, because it is about to sink.Go through the door on the right.

This room has many Floormasters, and there are invisible walls blocking yourpath. Go counter-clockwise through the room. If you kill a Floormaster, useDin's Fire right afterward to kill the small hands.They always drop magic jars, helping to refillyour magic meter afterward.

Go through the door on the right (in the north wall) and use Din's Fire to burn the spiky wooden walls that start closing in on you. Then play Sun's Songto freeze the ReDeads, and kill them. Open the big chest to get the Boss Key.The small chest contains a blue rupee.

Get a Fifth Gold Skulltula

Leave the room, then make your way to the door in the west wall.There are three spinning skulls in here. Go behind the skulls and kill theGold Skulltula there. The skulls themselves just contain rupees, so you canbomb them if you want, or just ignore them.

Get a Fourth Key

Go back to the Floormaster room and make your way to the door in the south wall. Go through, then use the Lens of Truth to see the invisible Floormaster.Kill it, then use Din's Fire to kill the small hands. Open the chest to geta small key. Then go back through the east door to return to the room whereyou rode on the ship.

Go to the Boss

Go past the statue, and stand between the two pots up ahead. If you look across,you see that the statue beyond is surrounded by bomb flowers. Use anarrow to light one, and they will all blow up, causing the gigantic pillarto fall, which allows you to cross the pit. If you want the hearts, play theSong of Time to get one of them, and play Scarecrow's Song to get the rest.Otherwise, gothrough the locked door.

Bongo Bongo's disembodied hands will hit the bongo that you are standing on. If you standon the edge of the drum, you won't bounce up into the air when the hands hitthe drum.Shoot the hands to stun both of them. The hands are only vulnerable when theyare open. After the hands play a rhythm, they will try to pick you up and crush you and throw you, so try to stun them as soon as possible.

When both are stunned, activate the Lens of Truth to see Bongo Bongo's body. Shoot its eye with an arrow beforeit hits you. Then run over to Bongo Bongo's eye and hit it repeatedly withyour sword.

Note thatyour arrows will fall back onto the bongo, so be sure to pick some up if you can safely do so. Magic jars will sometimes appear as well.

After The Shadow Temple Ocarina Of Time