Star Trek Armada 3: Uprising is a total conversion mod. It’s current version as of 1/6/2020 is 1.0. The most noticeable thing about this mod is that almost everything in the game now represents something in the Star Trek universe. It offers a customized interface for each faction, plus it replaces the Sins factions with five playable faction that were available during the Dominion War.

I love Star Wars stuff, but Star Trek has always been my favorite science fiction setting. Modding one of my already favorite games into a Star Trek game was impossible for me to resist, which is why I installed this mod. Now I can have the pleasure of either spreading my “goodwill” (by conquest if necessary) as the Federation, or I can just outright assimilate the entire galaxy as the Borg. This mod still employs all the basics of the SINs game, explore and conquer in a Star Trek setting. 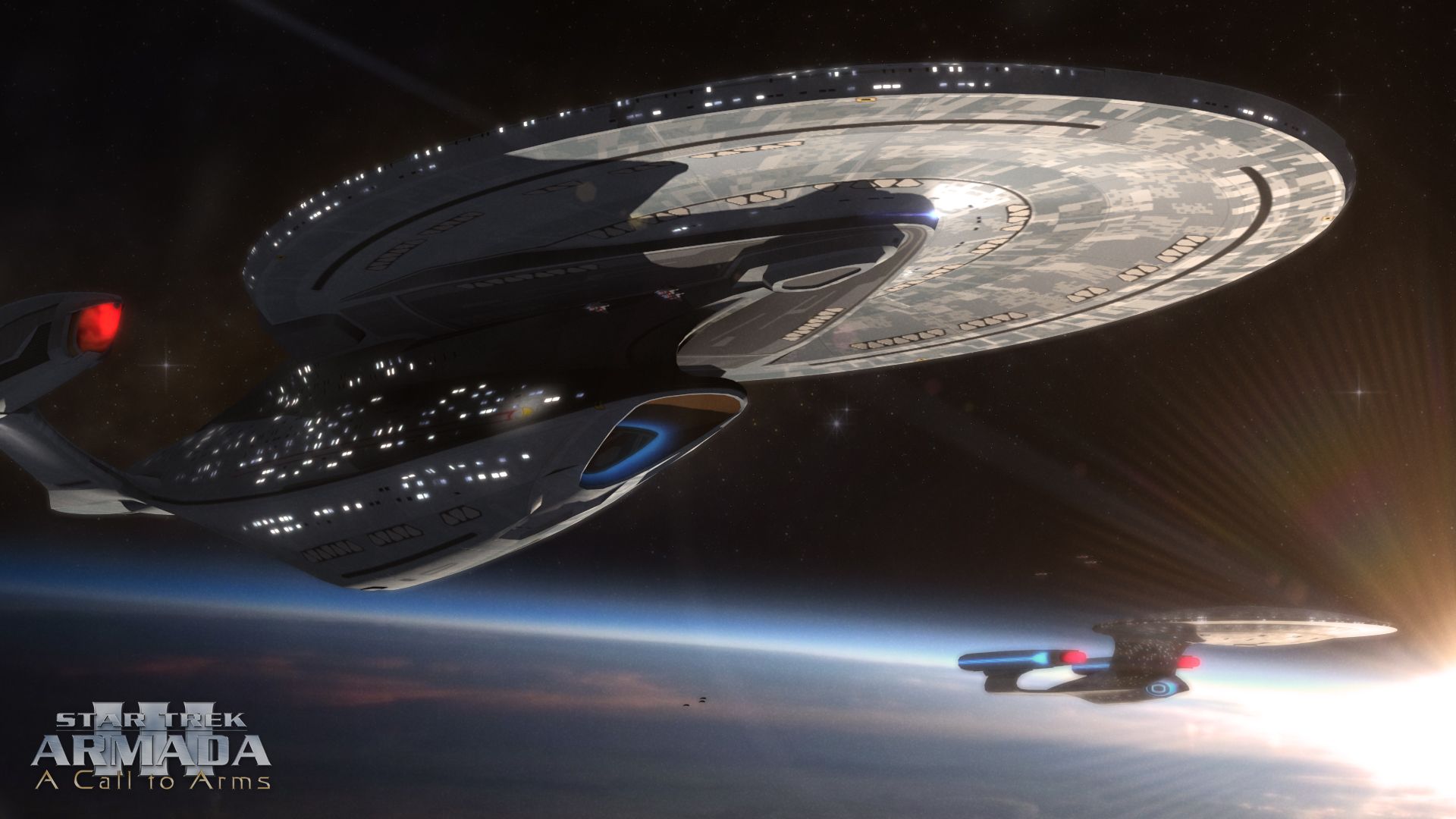 Of the five factions the Borg is the easiest to start out with simply because “Negotiation is Irrelevant,” which means the entire diplomacy branch is not used for the Borg Collective. One less option to worry about, sort of like the Kra’Hen in Imperium Galactica 2, none of that sniveling diplomacy. Just conquer or assimilate and be done with it. The drawback is that you lose the opportunity to gain any special abilities through a minor faction, all you can do is “assimilate” them instead. 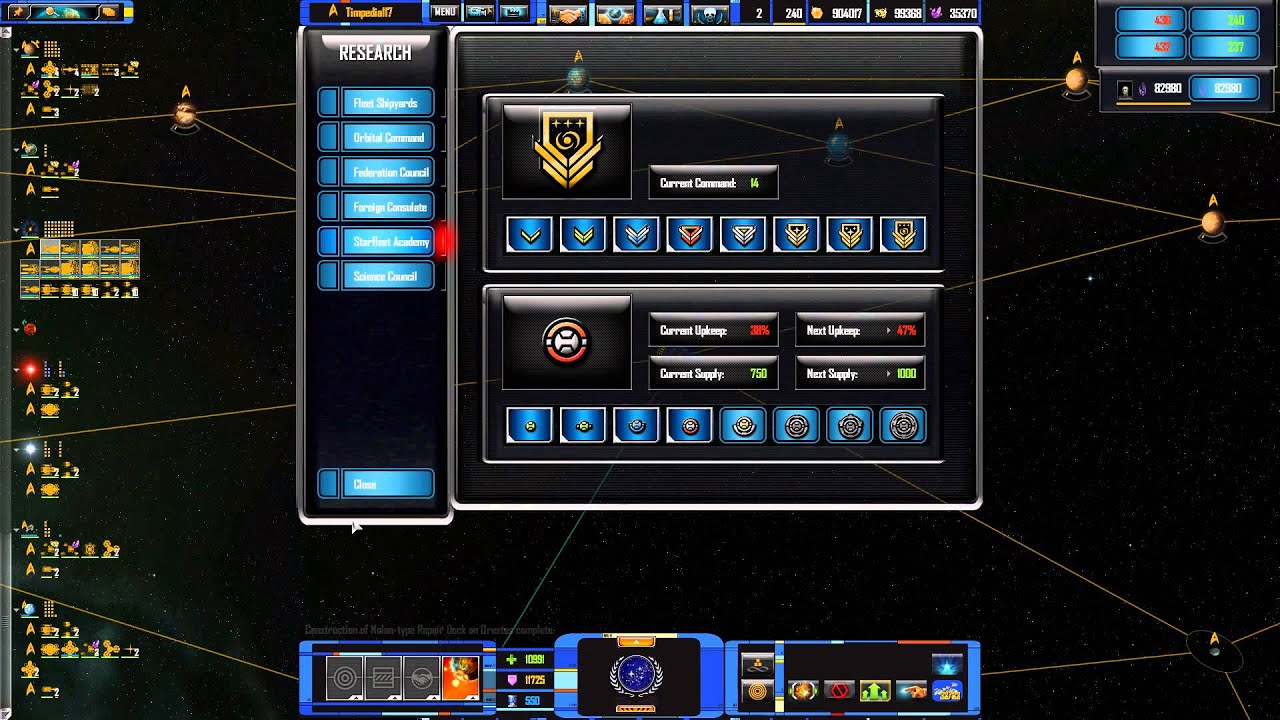 To me it seemed like this mod gave the game a slower start. It takes a little longer to bring planets into your empire and the economy seems a little more “sluggish” than the base game. That’s not detrimental, just a difference from the base game. The voice overs and background music were great, true representations of what you’d expect from a mod based on Star Trek.

Playing this game reminds of what Star Trek was all about. Exploring space, meeting bad guys (or good guys if you’re the Klingons), conquering them, and extending your influence throughout the galaxy is a real blast! 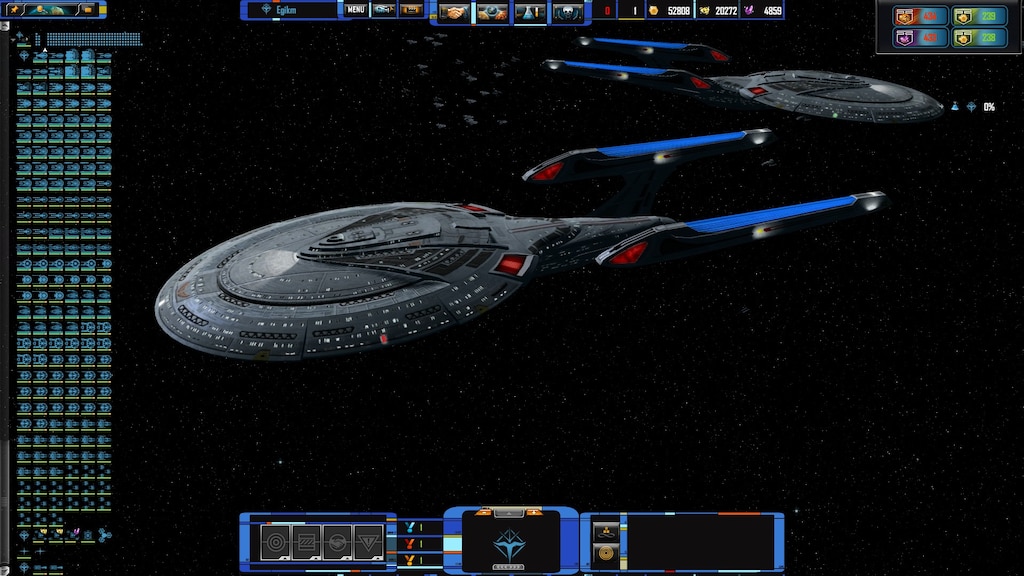 Ships are all customized to represent the various factions in the game, plus there are a few hero units for each faction too who bring various bonuses to your faction. For example, Gul Dukat is “One of the most illustrious Guls of our time…” and adds abilities to your fleet like Moral Reinforcement, which decreases cooldown time by 25% and increases your chance of hitting a target by 5%.

The customized User Interface is worth mentioning. Although the basic layout is the same, the user interface is tailored for each faction. The UI is colorized for each empire, plus the icons are also custom-made. Ship icons, structure icons, ability management icons, and everything else is well-suited for your faction. It makes the game that much more absorbing. 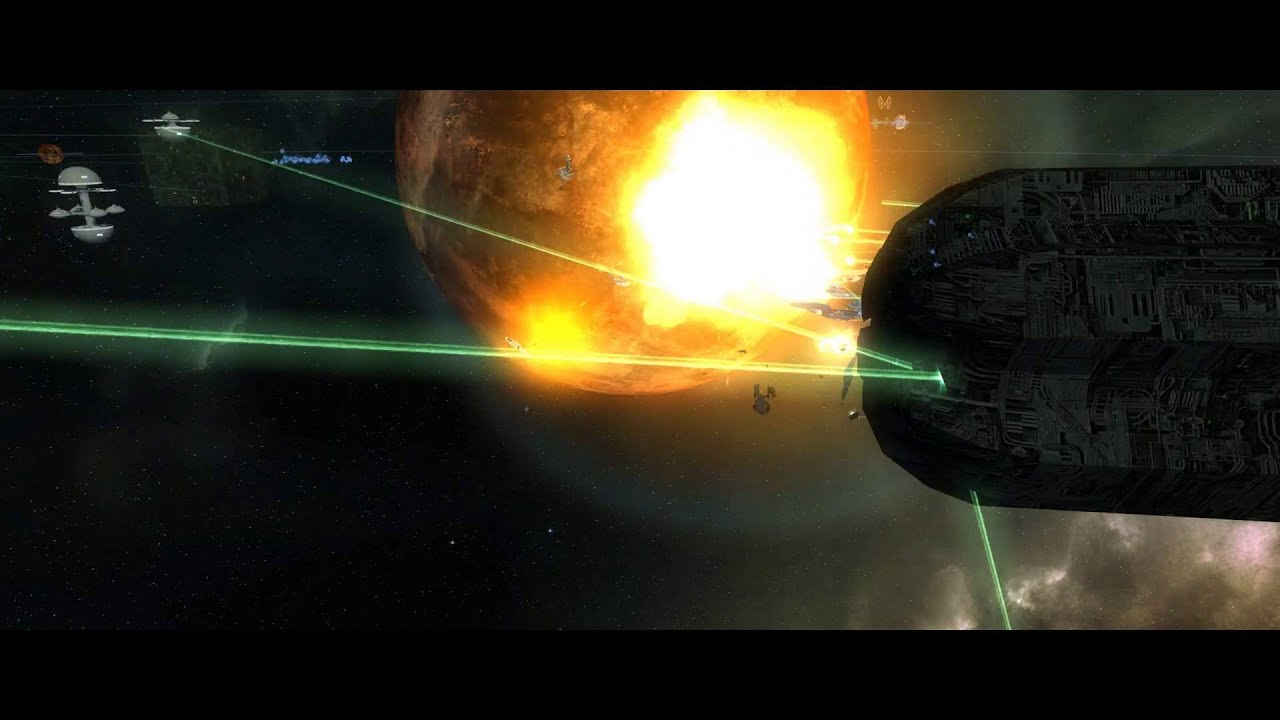 Having new, different factions to play always adds to the replay value of the game. The custom heroes and Star Trek factions give this mod a unique replayability. The replay value is already there if you’re a lover of Star Trek, and even if you’re not, this mod adds enough twist and turns, like new random events and new technologies to research, that it will keep you coming back for that “just one more hour” of game play.

The Federation has over 150 member worlds comprised mainly of Humans, Vulcans, Andorians, and Tellarites. They have Fernegi allies who get them discounts on resources and have access to the Spacedock Starbase, a vast structure that is capable of defending a planet very well.

The Klingons are a powerful race who value honor above all else. Brutal and determined, they prefer the thrill of battle above all else. To die in battle is one of the highest honors a Klingon can achieve.

The Romulan Star Empire is one of the major powers in the Alpha and Beta Quadrants. Shrouded in secrecy, they are a power to be reckoned with, you just have to be able to guess how, when, and where they will strike next. They specialize in hidden research labs and spying through the use of Tal Shiar Operatives.

The Cardassian Union is made up of almost 48 worlds, all of them pledging allegiance to the Cardassian homeworld. Their homeworld is harsh and resource scarce, which contributes to the cruelty and ruthlessness of their society.

The Borg Collective is a puzzle emerging from unknown space. They are cyborgs obsessed with perfection, and in their quest for perfection they assimilate anyone in their way, always hoping to better themselves. They are a very dangerous and powerful force to encounter.

If you want to know more about the original factions in SINs check out our SINs Faction page.

I enjoyed this mod and experiencing the Star Trek universe again. The only issue I noticed was fleet movement, sometime when I ordered a fleet from one gravity well to another it travelled to the edge of the gravity well and just sat there until I reissued the order. A minor aggravation at most. This is a very solid mod that adds a lot of fun to SINs. Definitely worth the time and effort to download and install.

You can get the mod using the link below and you can read the entire SINs review using this link.

Need better hardware? Does you PC panic when you fire up that new game? See my
recommended PCs, Laptops, Mice, Keyboards, Speakers and Monitors at these pages on my website.