Anyone who read last month's issue will know that Capcom's previous PlayStation conversion, Dino Crisis didn't do as well as expected. Nevertheless, they're still going ahead and releasing the third episode of its more successful zombie epic on PC just as it has the others. And, strange or not even though it uses the exact play mechanics as Dino Crisis, it's a lot, lot better. As was mentioned before, dinosaurs just aren't scary, whereas zombies certainly are. It may not quite be brown trousers at dawn time, but play with the lights out and it's as good as any Romero movie.

Expanding on the foundations of the Umbrella Corporation's T-Virus disaster, you play Jill Valentine, recently resigned member of Racoon City's special forces, and who you may recall was a controllable character from the first game. All Jill wants to do is get out of the city, which isn't going to be easy as it's been barricaded and overrun by those flesh-eating fiends. You're not alone the whole time, though -along the way, Jill meets up with mercenaries sent by Umbrella to clean up the mess (not that they do much of a job). There's even the chance to switch control to one of them halfway through.

The game itself literally starts with a bang with Jill being thrown outside by an explosion. You're left in the middle of the city surrounded by zombies and not much time to get out of the way. It's the first, but not the only, similarity with the second game, only this time you spend a lot of your time outside. Most of the city may be reduced to blocked alleys and impassable debris, but it's certainly effective in making the game feel a lot larger. Backgrounds are brilliantly detailed, giving an extreme sense of being caught up in the middle of the desolation and disaster. Couple this with the eerie sounds of the wind and the moan of distant zombies and you've got an atmosphere that captures the game perfectly. And for once the resolution can be put up as high as 1600x1200 which gives the PC version a much crisper look than the PlayStation, although the FMV is still a bit fuzzy in comparison. 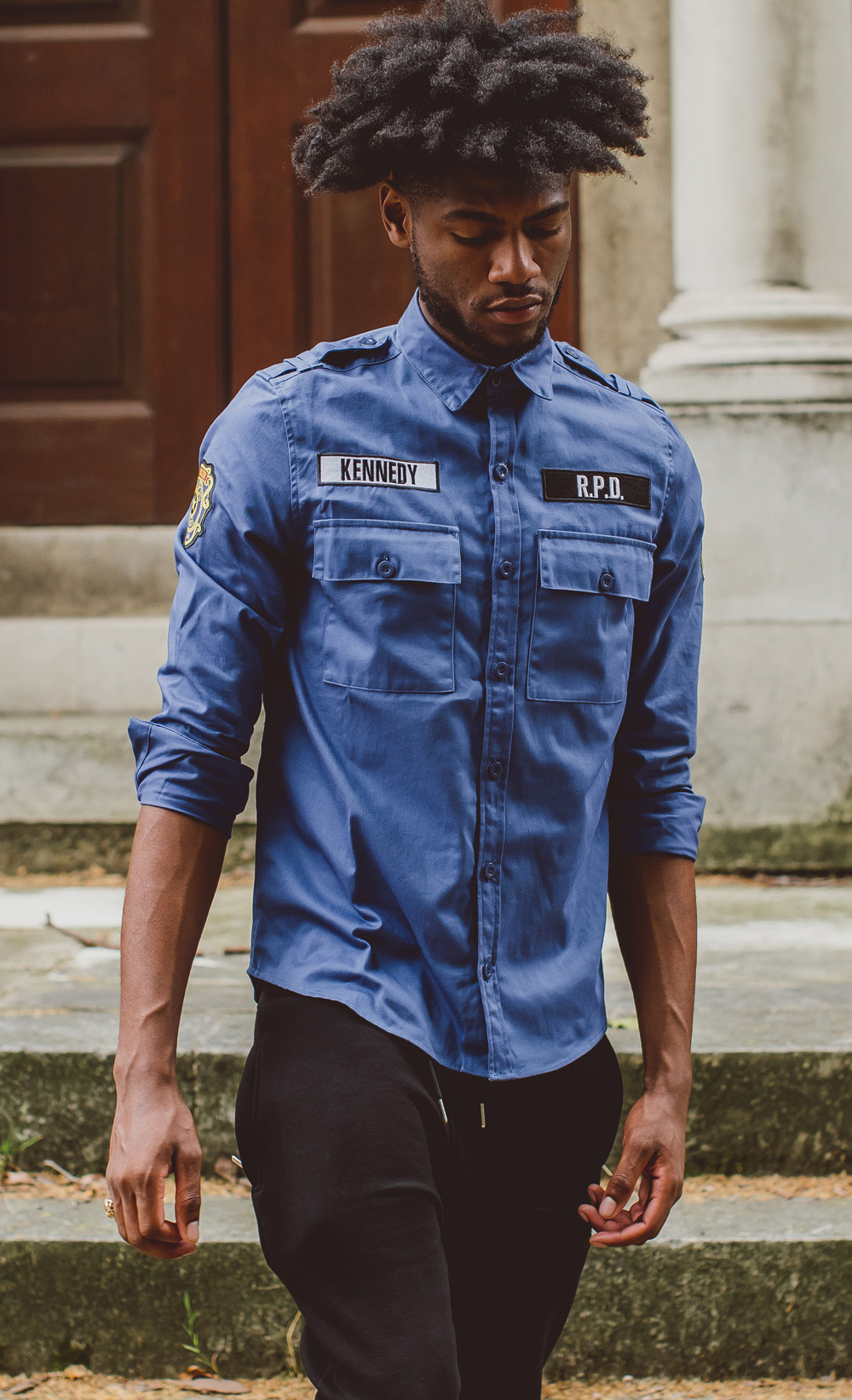 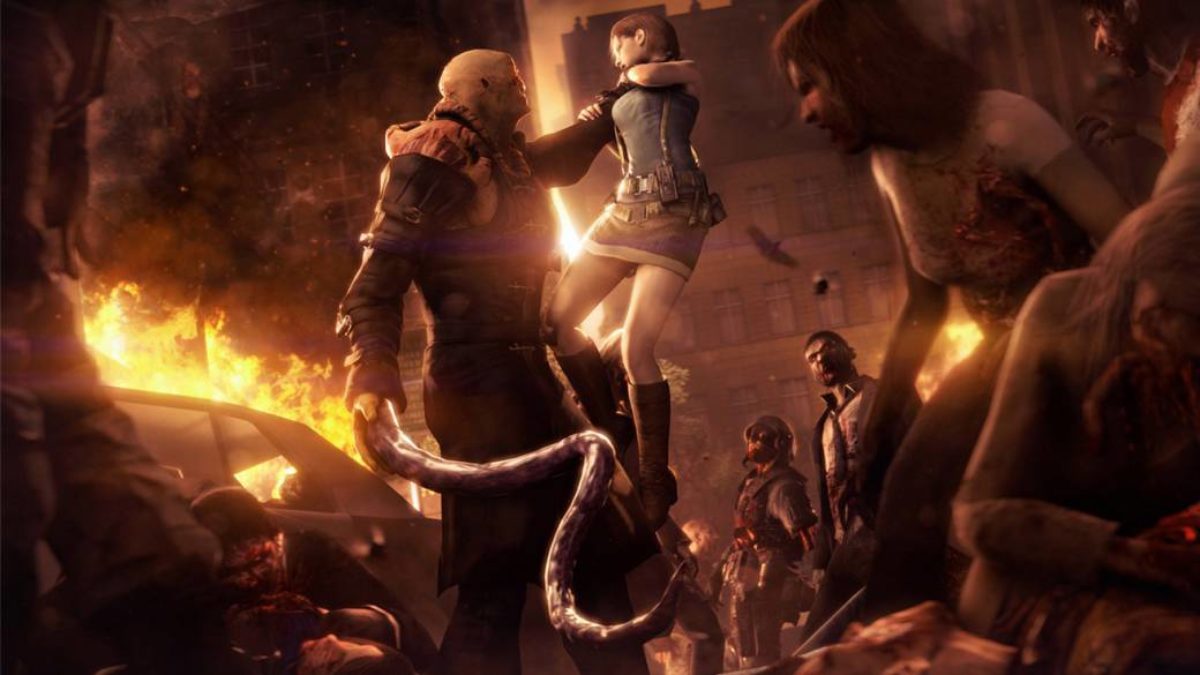 Expect nothing new in terms of puzzles. You're not going to find yourself completely stumped with any of the problems in here. Weapons, also, are carried over from the other games. You start with the standard pistol which takes forever to kill anything with. The good news is that it's start. Don't bother selecting that if you like some challenge in your games, though.

Gunpowder has to be collected and mixed with a special tool to produce certain kinds of bullets. It's a little unnecessary and takes up more inventory space but there's also plenty of normal ammo lying around, too. One good addition to the game is that certain objects in the scenery, such as barrels, can be shot at causing explosions which can take out groups of enemies at the same time. Although it's obvious that you're meant to shoot these when there's more than two zombies around it still feels like quite a godsend in a tight spot.Apart from zombies you've got your usual rabid dogs, giant spiders and hideous beasts, which have a tendency to leap going to mean you waste your ammo or get you killed, so it's best to run away very fast whenever he's about. Which is fine most times, but get hit by him once and it's sometimes hard to get away again.

Choose Your Own Adventure

At certain points, usually when Nemesis appears, the action halts and you're given two options to choose from. The choice usually ranges from either hiding or fighting, although the outcome of what you pick may not be quite so obvious. Each choice won't affect the outcome of the game at all, but it at least provides some replay value.

Other new things included in the game are a 180 degree quick-turn and a dodge command. The former can come in handy quite often but the latter is quite tricky and it's not always possible to pull it off on purpose, and even if you do it's hard to get to grips with the controls afterwards. Yes, that's right, the movement controls are exactly the same as before. While not exactly impossible, there are plenty of times when a slight error in judgement causes you to unfairly get attacked. The save points are still limited to using ink ribbons on typewriters and it can be a little difficult to judge exactly how much damage you can take before you die, so it's often a case of how much you want to risk doing before you save. 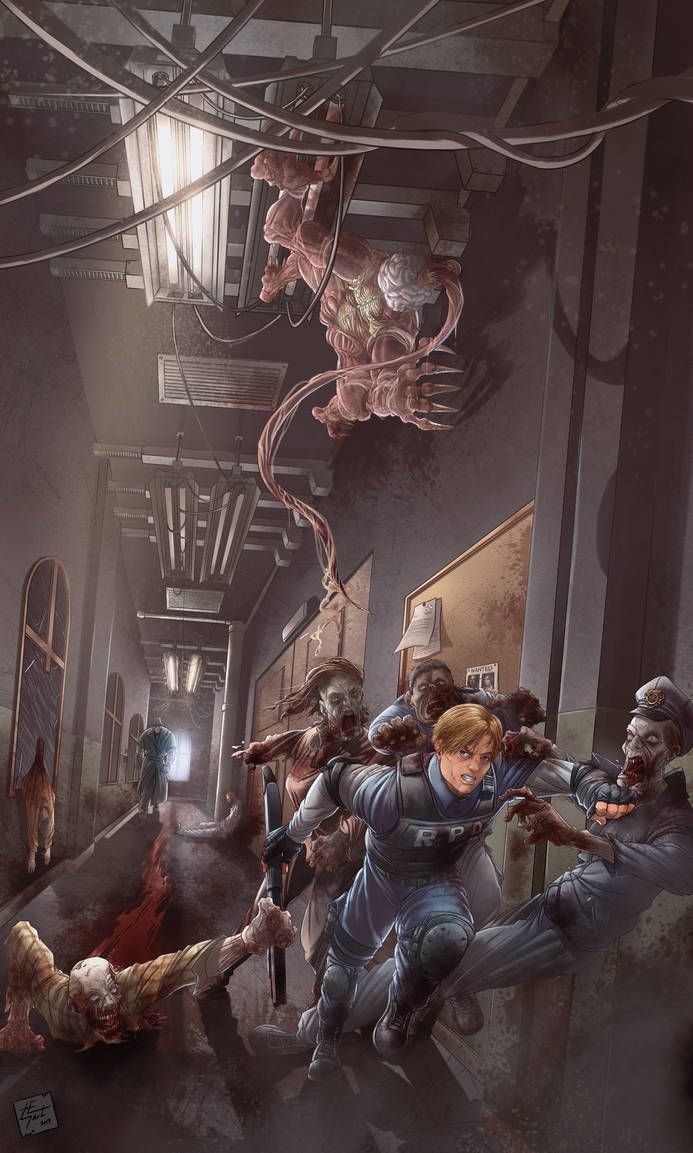 The problems of backtracking and only being able to carry a limited number of things are also back. They seem to have been given a little revision to make them less annoying but having to work your way through places you've been before can still be a chore, though there's often a couple of shocks in store for the unwary. It may not be quite as scary if you've played the first two games, but it can be mildly disturbing when something completely unexpected happens.

So where Capcom failed with Dino Crisis, Nemesis succeeds.If you've played Resident Evil 2 you're not really getting anything new but it's still on a parallel with it in terms of quality, Anyone who wants to see how the story continues in the saga won't be too disappointed. OK, the puzzles are simplistic, the controls are frustrating and the acting's just passable, but that classic zombie movie atmosphere makes it an enjoyable experience to play through at least once.

Resident Evil 3 Remake will release on April 3, no ifs and no buts, stated Capcom in an interview earlier this week (via games radar).

The developer and publisher has even gone so far as to reveal that the game is “about 90%” done, meaning that it is trundling towards its release date merry as can be. It’s possible that this is a reaction to the delays Resident Evil 2 endured before it released in 2019, and Capcom is sticking by its guns and the release date of April 3. Getting a Resident Evil 3 remake so soon after Resident Evil 2 seems surreal, but both games are using the RE Engine; the same engine that made Resident Evil 7: Biohazard a gnarly and grimy gore-fest. As such, work on remaking Resident Evil 3 commenced around the time that Resident Evil 2 was released. Clever.

“I promise that there will be no delay,” said Capcom producer Peter Fabiano in an interview with Famitsu. The Resident Evil 3 remake won’t be a “remake” in the dictionary definition of the word, though. Jill Valentine has a new look, and Carlos Oliveira has been changed to appear “more rough around the edges.” This decision, said producers Masachika Kawata and Peter Fabiano, would reflect the action-packed approach of the original game from 1999. Big bad Nemesis has been given a face-lift in the new game, and he’s also got new ways of hunting down the player as they attempt to escape the apocalyptic Raccoon City. 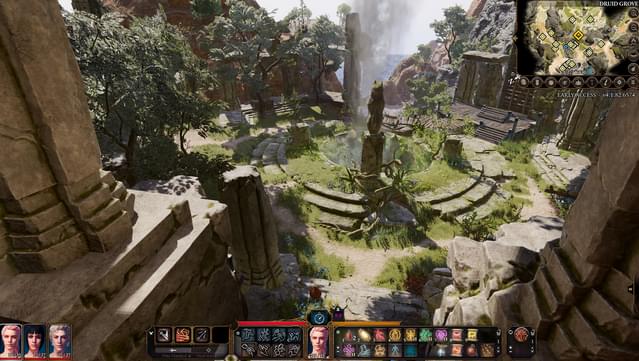 And, of course, Resident Evil 3 is gettingResident Evil: Resistanceas its multiplayer experience. We thought the game was decent enough, but felt a hankering for those stifling, spine-tingling single-player outings in the Resi universe. It makes sense that it’s tagging along with Resident Evil 3, and it seems we’ve got lots to look forward to in both games.

Resident Evil 3 Remake will be released for PlayStation 4 on April 3, 2020.