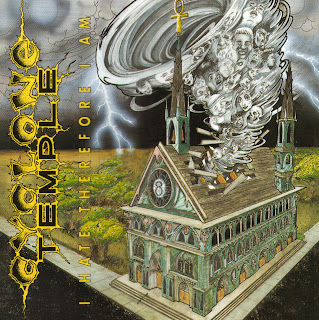 Greatest Hits: Back to the Start is the second greatest hits album by Megadeth. It was released on June 28, 2005, via Capitol Records.[1] The title 'Back to the Start' is a reference to lyrics in 'Rust in Peace... Polaris' from Megadeth's 1990 album Rust in Peace: 'The day of final conflict/All pay the price/The third World War rapes peace/Takes life back to the start.' The cover art is an edited version of the Castle Romeo H-bomb test.

Rust in Peace - The inside story of the Megadeth masterpiece Released in 1990, at an incredible time of flux and creativity in the rock world, Rust in Peace still stands as one the greatest metal albums ever made. Order new album 'Dystopia' now Get exclusive album bundles here: CD - http://smart. Rock Download Amazing Megadeth - Discografia album You almost certainly already know that Megadeth - Discografia has become the most popular issues on the web at this time. Depending on the data we got from google adwords, Megadeth - Discografia has a lot of search online search engine. Megadeth's 'Head Crusher' was nominated for a 2010 Grammy. Megadeth also announced a Rust in Peace 20th Anniversary Tour, which began on March 1 as a month-long North American tour with support from Testament and Exodus. During the tour, Megadeth played Rust In Peace in its entirety and Testament played The Legacy in its entirety.

The selection of tracks for the album was largely determined by fans, who voted on songs in polls on the band's website.[2] However, the inclusion of 'Kill the King,' a track originally released on Capitol Punishment: The Megadeth Years, was insisted upon by Mustaine.[3] To help promote the release, a new video was made for 'Kill the King.'[1]

Jason Birchmeier of AllMusic critiqued the album for being more of a sampler and having a more 'balanced' approach to the band's Capitol Records material, rather than focusing on Megadeth's first few records.[10]