I am a huge Halloween fan, so I am not foreign to the series. I understand that Rob Zombie tried to create a whole different movie and not follow the original movies but really? ghosts? seriously...
So right when the movie started I loved how it continued right on from the end of Rob Zombies first Holloween where laurie is walking down the street covered in blood with the 357 still in her hands, but what i loved about Rob Zombies first holloween is that there is a lot of criteria covered showing Myers life at the beginning, but this goes straight into killing with no motive.
Even though it is a new movie not a remake I do believe that Dr. Loomis shouldn't have sold out, Loomis has always been the badass trying to hunt Myers down, now he is a sell out who dies in the end... there is no where to go with a sequel on this because it wont be Holloween without Loomis.
But the number one thing that ruined this movie is the ghosts... seriously what the hell, Ghosts? this is a slasher film not a ghost film, keep casper out of this, throughout the whole movie his mom's ghost, and him as a kid ghost(by the way the kid taking Daeg Faerch was terrible, he was a terrible Micheal he no longer had the creepy kid ambiance) just keeps popping in and saying these terrible lines like 'were ready Micheal', seriously rob zombie what were you thinking...
So if you are as big of a Halloween fan as me don't see this movie.

It’s never been easy to be a Michael Myers fan. Michael has had a long but checkered career in movies that vary wildly in quality, even by horror franchise standards. The poor guy even suffered the indignity of being forced to sit out one of his own sequels (Halloween III). On home video, the films have been surprisingly difficult to get just right. Each release seems to bring its own share of errors, missing pieces and controversy. And considering the Mulligan Stew of studios and rights-holders involved in the franchise, the idea of ever seeing a complete, definitive Halloween collection seemed remote. Until now.

The good folks at Anchor Bay and Scream Factory have joined forces to create the closest thing to a definitive Halloween box set we’re ever likely to get, including all 8 of the movies spawned from John Carpenter’s classic original and both of Rob Zombie’s reboot efforts. It’s certainly an ambitious release, especially considering that fans have probably bought at least some of these movies on Blu-ray before (in some cases, repeatedly). This set may well be too much Myers for some but the hardcore, serious Halloween fan shouldn’t have any qualms about picking up the Deluxe Edition.

I’m going to be treating this review a bit different from our usual write-ups. This review is just about the box set itself. If you want to know my thoughts on the individual movies themselves (and of course you do), there are links to the specific reviews at the bottom of the page. I’ve already written about the first three. I’ll tackle the rest beginning on October 1 with the debut of this year’s Hell Plaza Oktoberfest.

The Deluxe Edition box is beautifully designed with stunning new art by Paul Shipper and an extensive booklet written by Michael Gingold. Each movie comes in its own individual black Blu-ray case (the black is an especially nice touch) with the original theatrical poster artwork. Here’s what it looks like…

At first glance, John Carpenter’s Halloween appears to be identical to last year’s 35th Anniversary Edition. There are a couple of key differences, however. The mono audio track has been corrected and returned to the original 1978 version. There’s also a new commentary by director of photography Dean Cundey, editor Tommy Lee Wallace and The Shape himself, Nick Castle. Everything else is the same as the 35th Anniversary disc, including the Cundey-approved transfer, commentary by John Carpenter and Jamie Lee Curtis, The Night She Came Home featurette, On Location: 25 Years Later featurette, TV version footage, trailer, TV and radio spots.

The second disc is Anchor Bay’s 2007 Blu-ray release with its non-Cundey-approved transfer. It’s a little superfluous except as a cost-effective way to include the disc’s unique extras, including the original commentary by Carpenter, Curtis and Debra Hill originally recorded for The Criterion Collection. The disc also includes the featurette Halloween: A Cut Above the Rest and a Film Fast Facts pop-up trivia feature, as well as the same trailer, TV and radio spots from the first disc.

Both Halloween II and Halloween III: Season of the Witch are identical to the previous Scream Factory releases.

Halloween 4: The Return of Michael Myers appears to be similar to Anchor Bay’s previous Blu-ray release (I’m unable to directly compare the rest of the movies in the set with previous discs). However, the earlier disc had a panel discussion from the H25 Convention featuring Danielle Harris, Kathleen Kinmont, Sasha Jenson and Jeffrey Landman discussing both Halloween 4 and 5. That feature has been dropped for some reason. The disc still includes two audio commentaries (one with Harris and Ellie Cornell, the other with director Dwight H. Little and author Justin Beahm) and the trailer.

Halloween 5 appears to be the same as Anchor Bay’s previous Blu-ray, with two commentaries (actor Don Shanks and Beahm on one, director Dominique Othenin-Girard with actors Danielle Harris and Jeffrey Landman on the other), an On the Set featurette, original promo reel and trailer.

Halloween: The Curse of Michael Myers receives one of the biggest upgrades of the set, with the eagerly awaited first official release of the Producer’s Cut. I’ll go into much more detail on this one in an individual review.

Halloween H20: 20 Years Later also gets a boost with new extras and a transfer that corrects the aspect ratio error of the previous Echo Bridge Blu-ray release. Again, see the individual review for more specifics.

Halloween: Resurrection includes all of the extras from the previous Echo Bridge release, including commentary, alternate endings and deleted scenes, and featurettes.

Rob Zombie’s Halloween and Halloween II appear to be the same as the previous Blu-ray releases from Dimension, including the mammoth, 4½ hour (?!?!) documentary on the making of the first one, Michael Lives. 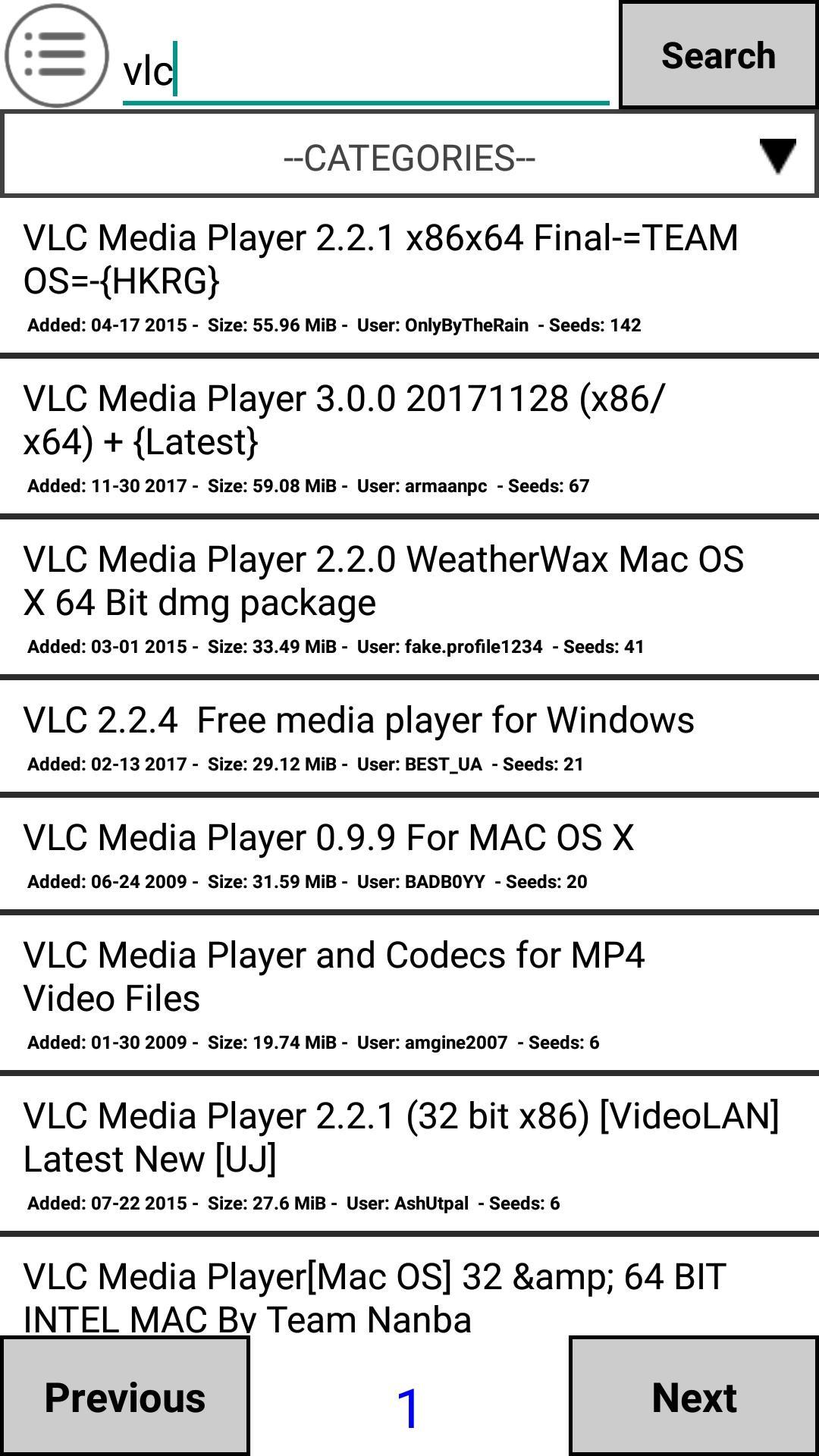 Finally, the Deluxe Edition set includes a bonus disc with a mix of old and new bonus material, beginning with an HD presentation of the Extended Version of Carpenter’s Halloween (well, mostly HD… the TV inserts are understandably in standard def). The vintage-y featurette Halloween Unmasked 2000, originally produced for DVD back in 1999, is included here. The brief featurette Halloween 4: Final Cut from the 2001 DVD is here, bolstered by a brand new doc, Back to Basics: The Making of Halloween 4. The pattern repeats for Halloween 5 with the 2000 featurette Inside Halloween 5 supplemented with the brand new Dead Man’s Party: The Making of Halloween 5. In each case, the new documentary is considerably more engaging, thorough and candid than the original. High marks for both.

The bonus disc also includes an interview with the late Moustapha Akkad, a brief new interview with make-up effects artist Tom Burman on Halloween III, still galleries for Carpenter’s Halloween, Halloween 4 & 5, radio spots from Halloween III, and TV spots from Halloween 4 & 5 and both of Rob Zombie’s movies. Finally, the set includes 5 episodes of Sean Clark’s Horror’s Hallowed Grounds covering Halloween 4, 5 and 6, the Bus Tour episode with Clark acting as tour guide for a group of fans, and the original 2005 pilot episode focusing on Carpenter’s Halloween.

Bottom line: how definitive is this set and will fans finally be satisfied? Well, it’s about as complete and definitive as it’s going to get. I’d say it rounds up about 98% of the existing bonus material from all of the other releases of these movies and that’s a pretty damn impressive achievement. The newly produced bonus material is top-notch, as good as we’ve come to expect from Scream Factory’s Collector’s Editions. It really does seem that every effort was made to correct any errors from past releases and create something special for fans who have been asked to buy these movies many, many times before. Everyone at Anchor Bay and Scream Factory deserves a round of applause for their work on this set. If you’re a horror fan, you should make this box a priority. It needs to be on your shelf. Be sure to read more of my reviews in this year's Hell Plaza Oktoberfest! by clicking on the image below...