Donald Kirby Ross (December 8, 1910 – May 27, 1992) was an officer of the United States Navy who received the first Medal of Honor of World War II. This award was made for his actions during the Japanese attack on Pearl Harbor in 1941.

Ross was born on December 8, 1910, in Beverly, Kansas. He enlisted in the U.S. Navy in Denver, Colorado, on June 3, 1929, and graduated as company honorman from basic training at Naval Station San Diego. He completed Machinist Mate School at Norfolk, Virginia, first in his class and was assigned to the transport ship USS Henderson (AP-1) on a China service run.[1]

During the December 7, 1941, Japanese attack on Pearl Harbor, Nevada was badly damaged by bombs and torpedoes. Ross distinguished himself by assuming responsibility to furnish power to get the ship underway — the only battleship to do so during the Japanese attack.[1][2] When the forward dynamo room where he was stationed filled with smoke and steam, he ordered his men to leave and continued servicing the dynamo himself until being blinded and falling unconscious. Upon being rescued and resuscitated, he went back to secure the forward dynamo, then worked in the aft dynamo room until losing consciousness a second time due to exhaustion. After waking, he again returned to his duties until Nevada was beached. His actions kept the ship under power, preventing it from sinking in the channel and blocking other ships in the harbor.[3][4]

Despite his impaired eyesight, Ross refused hospitalization and instead helped with rescue efforts. He entered a hospital three days after the attack, and his vision returned to normal after three weeks. He returned to Nevada, December 17, 1941, remaining in the ship's company for the duration of the war. For these actions, he was presented with the Medal of Honor by Admiral Chester Nimitz on April 18, 1942, becoming the first person to receive the medal in World War II.[4]

Ross was promoted to chief warrant machinist in March 1942 and was commissioned an ensign in June 1942. Later in the war, he also served on Nevada during the landings at Normandy and Southern France.[1][2]

After leaving the Navy, Ross settled in Port Orchard, Washington, and ran a dairy farm. He and his wife, Helen, had four children: Fred, Robert, Penny, and Donna.[4]

He wrote a book about his fellow Medal of Honor recipients with ties to Washington State — Men of Valor — published in 1980.[5] Ross attended 50th Anniversary ceremonies at Pearl Harbor on December 7, 1991, during which, Ross was given the honor of introducing President George H. W. Bush. Ross also participated in the dedication of a memorial to his old ship, the USS Nevada[2]

For distinguished conduct in the line of his profession, extraordinary courage and disregard of his own life during the attack on the Fleet in Pearl Harbor, Territory of Hawaii, by Japanese forces on 7 December 1941. When his station in the forward dynamo room of the U.S.S. Nevada became almost untenable due to smoke, steam, and heat, Machinist Ross forced his men to leave that station and performed all the duties himself until blinded and unconscious. Upon being rescued and resuscitated, he returned and secured the forward dynamo room and proceeded to the after dynamo room where he was later again rendered unconscious by exhaustion. Again recovering consciousness he returned to his station where he remained until directed to abandon it.[3] 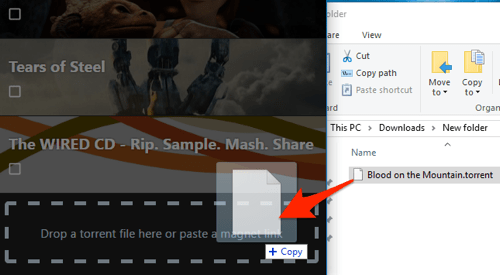