Queensbridge native Nas has recently been in the news as of late, but unfortunately it has had nothing to do with his music. Dealing with Kelis and her money grubbing ways has taken the rapper out of the musical realm and his album with Damian Marley seemed to have been put on hold.

A rumored tracklist recently hit the net which would suggest that the album is actually still on the way, although no release date has been announced as of yet. The project was originally slated to hit shelves in August, but it’s clearly September now. As it stands, 2009 should be the year to expect the final project. 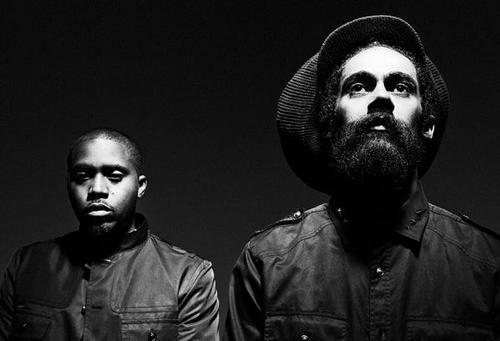 It was reported that a portion of the profits that come from the purchase of the album Distant Relatives will go towards building a school in Africa. See, Oprah isn’t the only person that cares.

Nas has stated that he is already in the process of beginning to work on his tenth studio album and should go into grind mode after the release of the collab album. After the release of Untitled it might be time to place heavy priority on this joint effort coming out quickly so Nas can continue the reign of lyricism in Hip-Hop that has emerged in 2009.

Referring to the tracks, it is evident that they were serious when they said the album was meant to put focus on Africa and bring it into the light for everyone to be aware of and acknowledge. The continent has been raped and gone through countless trials that it is still forced to endure, but it seems as though its problems don’t hit the radar in terms of significance to the overall picture of the world. Clearly an album will not change everything, but hopefully the two have compiled a body of work that will shake the foundation and open a few eyes to the motherland.

Our staff has picked their favorite stations, take a listen...