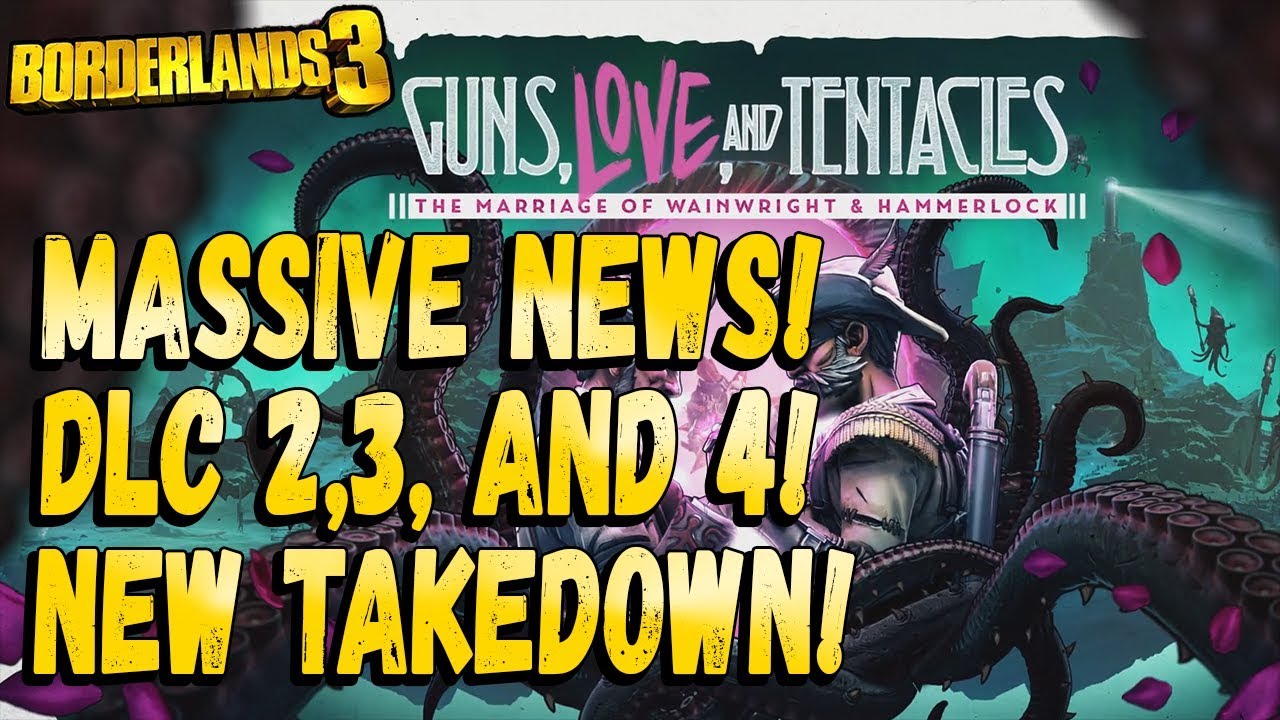 Borderlands 3: Psycho Krieg and the Fantastic Fustercluck is the fourth campaign DLC that is scheduled for release on September 10. It is included with the Borderlands 3 Season Pass, as well as with the Super Deluxe Edition.

Here’s an overview of the DLC, via 2K Games:

“Psycho Krieg and the Fantastic Fustercluck” dares to ask: what makes the bloodthirsty psychos of Borderlands so uniformly deranged? Brilliant scientist Patricia Tannis believes they’ve been driven insane by the knowledge of a mythical place she calls “Vaulthalla,” and the key to uncovering this legendary location lies within the mind of Krieg, the most badass psycho of them all. So naturally, Tannis is sending you on a mission into Krieg’s chaotic mind in search of clues. Only by surviving the perils of Krieg’s twisted inner world can you reap the rewards of Vaulthalla.

Help both sides of Krieg’s dual psyche process his traumatic memories by blasting his inner demons to bits, and try not to succumb to lunacy inside Krieg’s fractured mindscapes as you:

– Journey through the many demented vistas of Krieg’s psyche, where anything is possible and likely very violent.
– Experience the world as Krieg sees it, including his perception of fan-favorite characters like Maya–the light of his twisted life.
– Overcome a vast array of life-threatening manifestations that Krieg’s mind conjures up.
– Expand Krieg’s mind and Tannis’ research in surreal side missions and Crew Challenges.
– Score powerful Legendary weapons and gear that will still work outside of Krieg’s consciousness, according to Tannis.
– Acquire brain-busting cosmetic items, including Vault Hunter Heads and Skins.

“Psycho Krieg and the Fantastic Fustercluck” is included in the Borderlands 3 Season Pass, though a copy of the base game is required to play.

Not a Season Pass holder? Don’t worry–September 10 also marks the arrival of the next level cap increase, which will be free to all Borderlands 3 players. The cap will increase by five levels, making 65 the newest highest level for gear and player characters. Not only is this the largest single level cap increase since launch, it’s also the last planned level cap increase–at least for the foreseeable future.

Also, don’t forget the ongoing Borderlands 3 Anniversary Celebration continues through September 10. A new mini-event will be activated each week to celebrate one full year of total mayhem. Still to come: Mayhem Made Wild offers all Easy modifiers in Mayhem Mode and will run from August 27 through September 3. Then from September 3 through 10, enemies will drop more in-game cash during the final mini-event: Making It Rain.

Check out below the announcement trailer:

DLC 4 for Borderlands 3 is finally here, letting players dive into the mind of everyone’s favorite psycho and see what’s really going on inside his head. Psycho Krieg and the Fantastic Fustercluck is a mind-bending expansion that sees you exploring the mind of Borderlands 2’s playable psycho in order to uncover the secrets of Vaulthalla. Patricia Tannis belives Vaulthalla to be the cause for Pandora’s overwhelmingly large psycho population, and since you can’t hold a conversation with Krieg with words, you’ll have to delve into his psyche to find out what he’s really thinking. Here’s how to start the Psycho Krieg and the Fantastic Fustercluck DLC in Borderlands 3.

How to Start Krieg DLC in Borderlands 3

To start the Psycho Krieg and the Fantastic Fustercluck DLC, head to Tannis’ office in Sanctuary. There is a device in the corner next to the arcade machine that has several things sticking out of it. Interact with it to start the Enter the Psychoscape quest and begin the DLC.

In order to start this mission, all players in your session must own the DLC. You must be at least level 13 and have reached Sanctuary in the main campaign in order to access the Krieg and the Fantastic Fustercluck DLC. If you are above level 13, the DLC scales to your level.

Not only does this DLC add an entirely new campaign to play through, but it also raises the level cap from 60 to 65. There are also two new ammo SDU upgrades to purchase for several weapon types as well as two expansion SDU upgrades for Sanctuary’s Lost Loot machine. There have also been several bug fixes and tweaks made to the game in the latest update, and you can check out the official list of patch notes here.