'Hyderabad is Known Globally for Its Hilarious Comedy Films, Not Merely for Biryani'-Mast Ali, Aziz Naser, and Other Stars of Hyderabad Film Industry in a Press Conference in Chicago.

'The Hyderabad Film Industry, even though only about 10 years old, has churned out a series of comedy blockbusters and gained popularity not only in Andhra Pradesh and different parts of India but also among the large Diaspora in the Middle-East and the US, thanks to the Internet and DVDs', said Mast Ali, a. k. a. Saleem Pheku, the king of comedy, who acted in over 20 high impact making films in different languages and brought laurels to Hyderabad, at a Press Conference held on December 23, 2015,: 6.00 PM at Mysore Woodlands, Devon Ave, Chicago. The Press Conference was attended by a huge number of representatives from the Print, Electronic, and Internet Media.

'Our films entertained their audiences thoroughly, irrespective of their linguistic backgrounds, as the Hyderabadi Urdu, the lingua franca of the streets of Hyderabad, which is a unique mix of Urdu, Hindi, Telugu, and some Marathi, is widely understood across the Indian Subcontinent, including in Pakistan', added Mast Ali.

Mast Ali said that the Hyderabad Film Industry is currently in the growth mode and, hence, there is a great demand for story writers, lyricists, singers, etc. 'Currently, we are caught up in all the departments of film making. Once the demand for different professionals is met, we can focus on our core job of acting and on producing high-quality films according to the felt needs of our audience, across the globe', he added.

'It is a matter of gratification that the Hyderabad Film Industry is currently undergoing a metamorphosis; it is no longer confining itself to making small budget films for its niche market. Instead, it is focusing on producing typical Bollywood films, which are rich in terms of exquisite quality, pan-India appeal, and high-end technology', said Aziz Naser, a. k. a. Jahangeer, another equally popular and powerful star.

'It is a moment of pride that Dawat-e-Ishque', a landmark Bollywood-type movie of the Hyderabad Film Industry, is being released by Rajshree Productions under its banner, with a big bang', said Syed Hussain, Director of the film.

'The release of our film by Rajshree Productions, which has produced a number of blockbusters in India, will take the Hyderabadi cinema up a notch like never before and catapult it into the higher echelons of film appreciation, added Hussain, with a sense of accomplishment.

Feroz Khan, who has essayed a negative role in 'Dawat-e-Ishque' said that Hyderabadi cinema has come to attain the status of a genre unto itself, not just considering the typical lingo of the City of Pearls, but even given the culture and traditions of the Deccan. 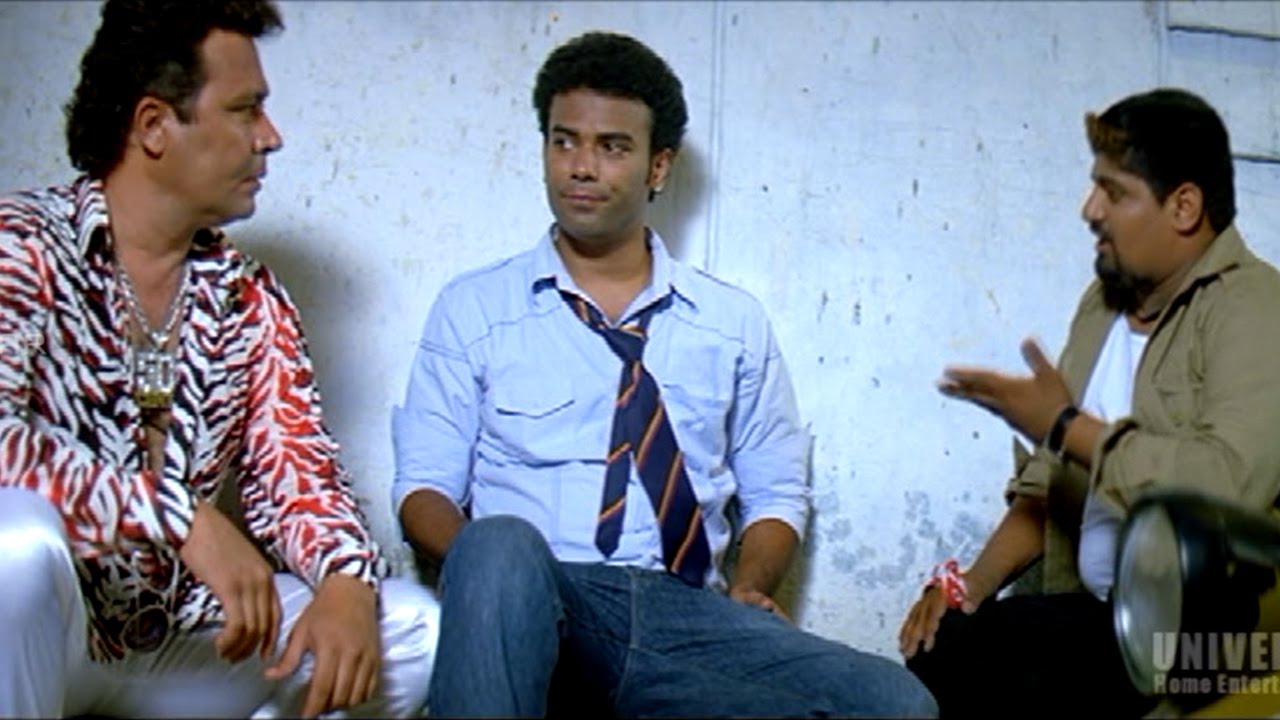 'Our films, which deliberately shun vulgarity and item songs, considering the culture of Hyderabad, focus mainly on delivering authentic entertainment for the entire family', he added.

'The Show will be our tribute to the worth-emulating success of people of Hyderabad in the US. Hyderabad has been the capital of comedy for decades and we hope that the Show will be instrumental in further improving the relations among the people of India, Pakistan, Bangladesh, and Sri Lanka', they added.

'On the occasion of the Show, the trailer of the upcoming Hyderabadi film, 'Dawat-e-Ishque', produced by an Australian-based duo, Samiullah Fayyaz and Syed Waseem Yaba, which features Mast Ali, Aziz Naser, and Adanan Sajid Khan a. k. a. Gullu Dada, and three beautiful leading ladies, Kavya, Madhavi, and Manisha, will be released', said Syed Hussain, Director of the film.

Mast Ali, Aziz Naser, Syed Hussain, Farhan Khan, and their team, including Layeeque Ahmed, Shoukat, and Keerthi thanked Iftekhar Shareef, a prominent Businessman and Community leader, for sponsoring the Comedy Show and helping them out in a variety of ways in Chicago as well as in Hyderabad.

Iftekhar Shareef requested all the Indian Americans belonging to the Indian Subcontinent in general and Telengana State in particular to attend the Comedy Show, in large numbers.

(Redirected from Hungama In Dubai)

Hungama in Dubai is a 2007 Hindi (or Telugu) comedy film directed by Masood Ali and starring Aziz Naser, Dheer Charan Srivastav, and Mast Ali in part of a series of movies based on the Hyderabadi lingo theme that followed The Angrez and Hyderabad Nawabs.[1][2][3][4] 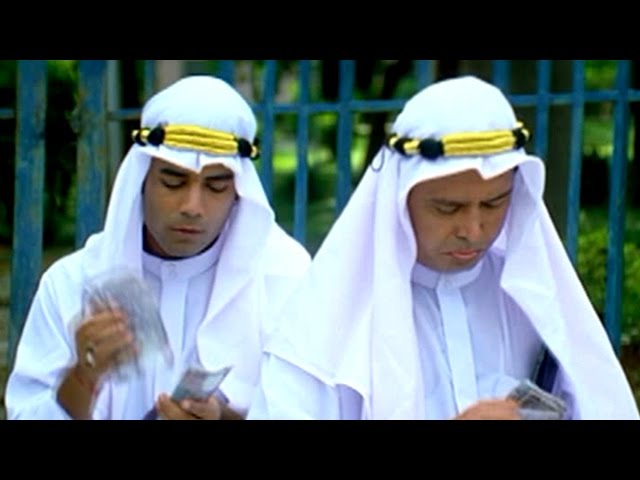 Ajju and Mujju (Mast Ali and Aziz Naser) are crooks who've just got out of jail after a 7-year stint. Most people who have gotten out of jail want to forget the past and look forward to a completely new future, and Ajju and Mujju are no different – they want to completely forget the petty crimes they committed, and aim for really big-time fraud now. And so they land a chai shop owner Nawab Sahab (Dheer Charan Srivastav) and trick him into selling off all his property for Rs. 20 million, promising him they'll make a huge movie with it and make him really rich.

The trio land in Dubai for the 'shooting'. Meanwhile, Ajju and Mujju live life lavishly for a few days, checking into the most expensive of hotels, throwing wads of dollars into club dancers, and generally exhausting money even faster than their liveliness. Nawab Sahab is thus conned by then and is slow to realize what is happening. As the film progresses, there's a romance between Mujju and an Indian girl (Swetha Khanduri) in Dubai and also Ajju has an affair with an Indian girl looking for a job who has landed in Dubai.

As the trio start realizing that they are running out of money, the relationships start changing. Ajju and Mujju dump Nawab. Soon they discover a bag full of money which they... Later in the movie is a chase scene depicting the trio. The movie featured some good song sequences and excellent locations in and around Dubai.[2]

The Hindu reviewer praised the film, writing 'Hungama In Dubai is the most entertaining comedy, I’ve ever seen. I might sound pompous and perhaps a bit hasty to make that judgement, but this film went beyond my expectations'.[1] 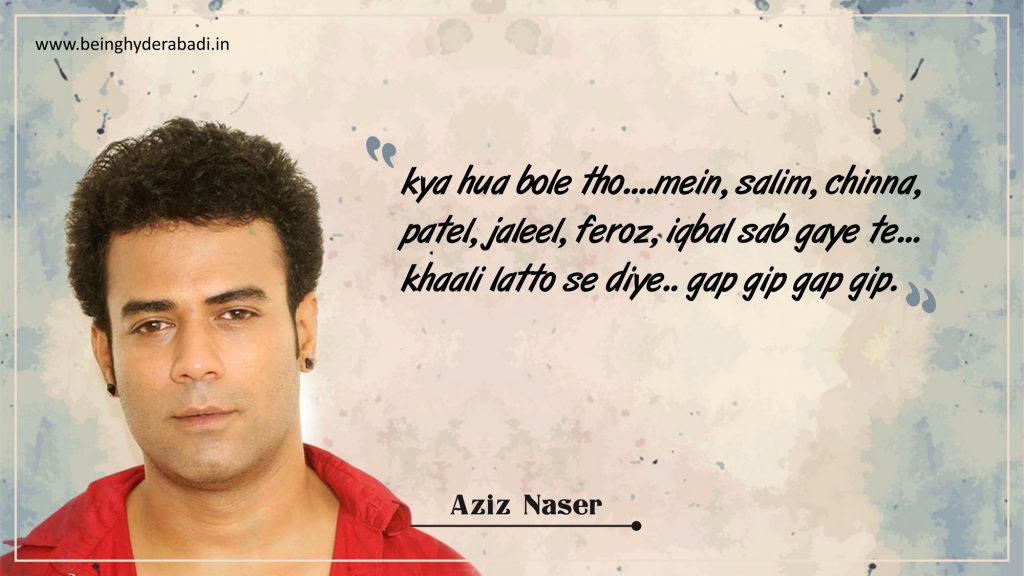